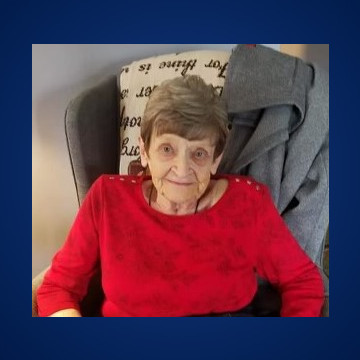 Carol L. Cook, 84, of East Liberty, passed away Friday, January 20, 2023, at her residence, surrounded by her family following an extended illness.

A devoted wife, loving mother, grandmother, and great-grandmother, she loved spending time with her family, especially her grandchildren. She enjoyed tending to her lawn and garden, no weeds were safe in either one. She also enjoyed bowling, bingo, embroidery, and watching her hummingbirds, and always looked forward to a trip to Ace Hardware. A graduate of Logan Hills High School and Columbus State, she retired from Union Manor in Marysville where she worked as a dietitian for many years. Carol was also a longtime member of the East Liberty United Methodist Church.

Born January 3, 1939, in East Liberty, she was the daughter of the late Clayton and Jean (Gansheimer) Coons. On September 17, 1956, in North Lewisburg, she married her husband of over 47 years, Nelson L. Cook and he preceded her in death on December 20, 2003. In addition to her husband and parents, she was also preceded in death by her sons, Jeffrey Dean Coons, Rod Eugene Cook, and David L. Cook; and a brother, Dick Coons.

Funeral services will be held at 11:00 A.M. Friday, January 27, 2023, at Wilson Funeral Home, Schnurrenberger Chapel 222 W. Center St. West Mansfield. Burial will follow at the East Liberty Cemetery, next to her husband. Friends may call from 4:00-7:00 P.M. Thursday, January 26, 2023, at the funeral home. If desired, memorial contributions can be made to the East Liberty United Methodist Church or St. Jude’s Children’s Research Hospital, in memory of Carol. Condolences may be sent to the family at www.wilsonfuneralhomesinc.com.