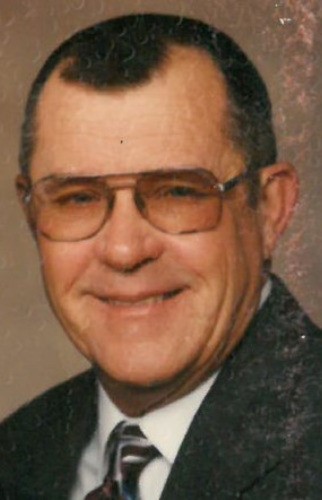 On March 12, 1954, he married the former Mary B. Abel, and she preceded him in death on September 17, 2013.  He is also preceded in death by a son, Michael Alan Hill in 1980, and his five siblings, Hobart Hill, Norman Hill, Loring Hill, Shirley Rausch, and Kenneth Hill.

He is also survived by a son, Laurence ‘Larry’ (Bonnie) Hill of Bellefontaine, a granddaughter, Dr. Shawna (Keith) Franey of Painesville, OH, two great-granddaughters, Camryn Franey and Keira Franey and many nieces and nephews.

Clayton was a veteran of the Korean War, serving his country in the U.S. Marine Corp. and then went on to serve 17 more years in the U.S. Marine Corp. Reserves.  He worked as a letter carrier for the U.S.P.S. and carried in the city of Bellefontaine during his time.  He also enjoyed woodworking and interior painting for some of his clients from his mail route.

Pastor Bryan Meadows will officiate a funeral service on Tuesday, September 27, 2022, at 2:00 p.m. in the Eichholtz Daring & Sanford Funeral Home & Cremation Center, 321 N. Main St., Bellefontaine, OH.  Visitation will be one hour prior to the service.  Military honors will be performed by the Logan County Veteran Honor Guard at the conclusion of the service at the funeral home.  Burial will be private in Highland Memorial Cemetery, West Liberty.

EICHHOLTZ DARING & SANFORD FUNERAL HOME & CREMATION CENTER, BELLEFONTAINE is honored to serve the Hill family and encourages anyone to share a fond memory or message of condolence at www.edsfh.com.