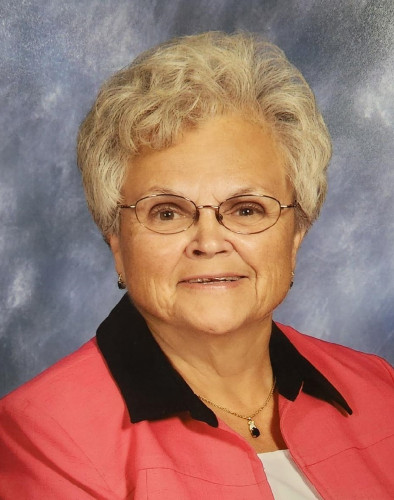 Dorlean S. Guthrie, 90, of Bellefontaine, passed away Monday, January 23, 2023, at Green Hills Care Center.  She went peacefully to be with her Lord and Savior, with her loving daughter Linda at her side.

Dorlean loved her family and always strived to have everyone there at the Stayrook Family Dinners, where she was responsible for her famous graham cracker pudding recipe.  Despite all efforts, no one’s has ever tasted as good as Grandma’s.   Before his death, she and Jim enjoyed playing cards, traveling and spending as much time as possible in the bleachers of sporting events of their grandchildren.  You could point her out in the stands as the lady often voicing her strong opinions to the referees.   She continued to travel with her daughter Linda to ball games all over the state and country.

Pastor Bryan Meadows will officiate Dorlean’s funeral service on Thursday, January 26, 2023, at 1 pm at the Eichholtz Daring & Sanford Funeral Home & Cremation Center, Bellefontaine, where friends may call 2 hours prior to the service from 11 am to 1 pm.  Burial will follow in Bellefontaine Cemetery.

Memorial contributions may be made to a charity of the donor’s choice.

EICHHOLTZ DARING & SANFORD FUNERAL HOME & CREMATION CENTER, Bellefontaine, is honored to serve the Guthrie family and encourages anyone to share a fond memory or message of condolence at www.edsfh.com