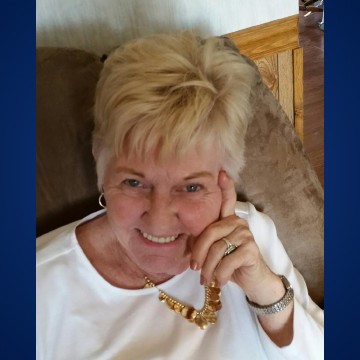 Janet was a 1959 graduate of Washington Local School. She graduated from Columbus Beauty School and worked for several years as a beautician before going to work at Siemens in Bellefontaine where she retired. Janet was a devoted wife, a loving mother, and a doting grandmother. She dearly loved her family and adored her grandchildren and great-grandchildren. She spent every moment she could with them. She rarely missed a ballgame and loved fishing with them, passing down her wealth of fishing knowledge. Janet was an avid fisherman. She loved fishing daily on Florida vacations, but you could find her out in her boat at home fishing whenever the lake was calm. She enjoyed traveling and vacationing with her family. She always looked forward to exciting new adventures, whether in the city, in the mountains, fishing, on the beach in Florida that she loved, camping, or tucked away in a cozy cabin, as long as she was with family.

Janet loved being outdoors whenever possible. She loved vegetable and flower gardening, took delight in maintaining her fruit orchard, and shared her bounty with family and friends. Janet developed skills as a woodcarver at the Logan County Friendly Senior Center. She made many dear and lasting friendships and cherished the time she got to spend with them all. Janet was a member of the Women Serving in Love Church Group in West Liberty. She loved quilting and giving her time and service to others. She also loved the fellowship and friendship with the group of ladies. She grieved the days when she had to miss going to meetings and not connecting face-to-face with her friends. Janet lived for her family and friends and will be dearly missed by those who knew her.

Reverend Bryan Meadows will begin funeral services at 11:00 am, Tuesday, January 3, 2023, at Shoffstall Funeral Home, 205 S. Main St, Lakeview. Visitation is Monday, January 2nd from 3-7 pm at the funeral home. Burial will be in Huntsville Cemetery.