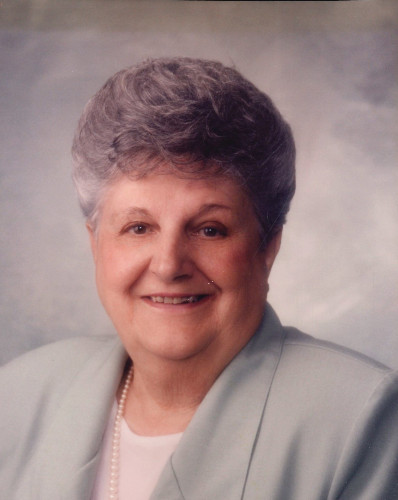 Malonya was born on August 2, 1923, in Clay Twp, Auglaize Co, Ohio, the daughter of the late Henry and Clara Kinstle Meier. On April 27, 1943, she married George Richardson at St. Mary of the Woods Catholic Church in Russells Point, OH and he preceded her in death. She was also preceded in death by a son, Tom Richardson, a great-granddaughter, Kelli Nuss, and two brothers, Maynard Meier and Merono Meier.

Malonya was a 1941 graduate of New Hampshire High School. She worked at several restaurants in her earlier years and in the mid 1960’s, Malonya began her career in real estate spanning over 40 years and earned several awards for top sales during her career with Strout Realty, Kronenberger Realty and Zimmerman Realty. She was a member of St. Mary of the Woods Catholic Church. Malonya was very civic-minded and served the Village of Lakeview for 28 years, first as a member of the Board of Public Affairs from 1982-1993, and as a member of the Village Council from 1994-2009.

Memorial contributions may be given in Malonya’s memory to St. Vincent de Paul Society or the Indian Lake Historical Society.