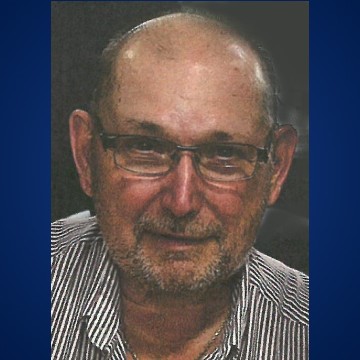 Thomas R. Smith, 76, of Bellefontaine, passed away at 11:48 PM on Saturday, December 31, 2022, at The Ohio State University Wexner Medical Center in Columbus, Ohio.

On March 17, 1984, he married the former Kathy (Houchins-Aldo) Smith, and she survives in Bellefontaine.

He was preceded in death by his father-in-law, Grover Houchins in 2000.

Tom worked as a locksmith, owning and operating Tom's Lock & Key Shop in Bellefontaine since 1970. He was an active member of the Logan County Veteran Honor Guard, where he proudly played the bugle. He was currently serving as Squadron Commander of the Sons of the American Legion #173. He loved his Harley-Davidson and riding with his wife and the many friends he made along the way. He and his wife camped for many summers at Kamp-A-Lott Campground in Zanesfield and made a lot of friends there too. Tom lived life to the fullest and always had a joke to share. He loved traveling, whether it be a day trip on his Harley or across the U.S. with his wife.

Tom’s friends, Jean Stanfield and Joe Messner will lead a memorial service beginning at 6:00 p.m. on Saturday, January 7, 2023, at Eichholtz Daring and Sanford Funeral Home & Cremation Center, 321 N. Main St., Bellefontaine, OH. Visitation will be from 3 to 6 p.m. on Saturday at the funeral home prior to the service. Following the services at the funeral home, everyone is invited to the American Legion for a continued celebration of life.

In lieu of flowers, the family asks that memorial contributions may be made to American Legion Harold Kerr Post # 173, 120 Colton Ave, Bellefontaine, OH, 43311.

EICHHOLTZ DARING & SANFORD FUNERAL HOME & CREMATION CENTER, BELLEFONTAINE is honored to serve the Smith family and encourages anyone to share a fond memory or message of condolence at www.edsfh.com.