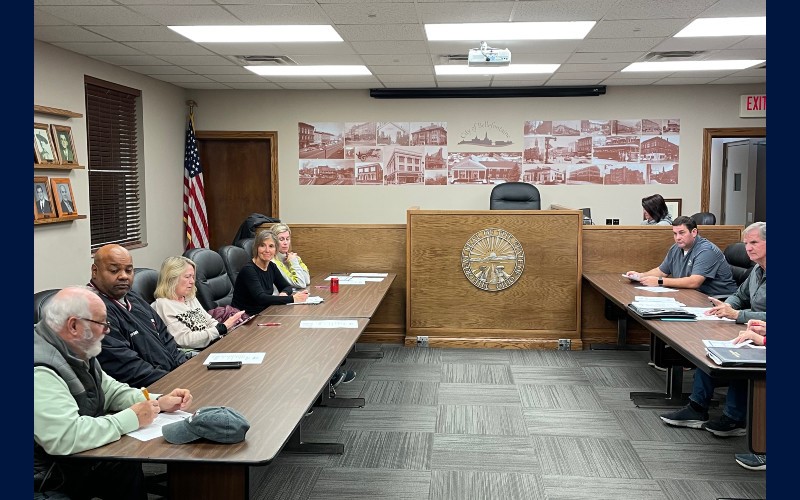 The Bellefontaine Joint Recreation District met for the final time in 2022 Tuesday night in Council Chambers.

The highlight of the evening was the recognition of 22-year member Karen Brady’s final meeting with the board.

District Superintendent Kris Myers informed the board that the youth basketball season is currently underway. The Little Dribblers are wrapping up this week, and in the 2nd and 3rd grade age group, there are three girls’ teams and six boys’ teams. He said there are other school districts that will be playing the girls’ teams.

Myers said the 4th-6th grade league is made up of four co-ed teams. These teams will be playing two teams from West Liberty during the season. These recreation league teams are in addition to the 4th-6th grade Miami Valley League.

He also said that wrestling will be picking up this week with practices. There are 42 children participating this year.

In other matters, Myers said that in total, there will be 18 trees planted throughout the city. The trees will be used for shade, as memorial trees, and at the dog park. Myers said he hopes to get the trees in the ground this week.

He also provided an update about the work being done on the log cabin at Myeerah Nature Preserve. The cabin’s chimney has been removed and the entire cabin has been sealed.

Myers also told the board that the filters at the pool will need to be replaced and a contractor has already been lined up to replace them.

Myers also presented to the board a proposal for 2023 wage adjustments. The amount includes a 3% increase as well as funding for additional part-time employees for the summer. The proposal was adopted. He also submitted a proposal to define pay ranges for Maintenance Worker I and II employees. This proposal was also adopted.

The final act of the board was by President Pat Ellis. He presented a certificate and gift to retiring board member Karen Brady. He thanked Brady for her years of service to the community. Ellis also informed Brady that a tree will be planted in her honor at a location of her choice.