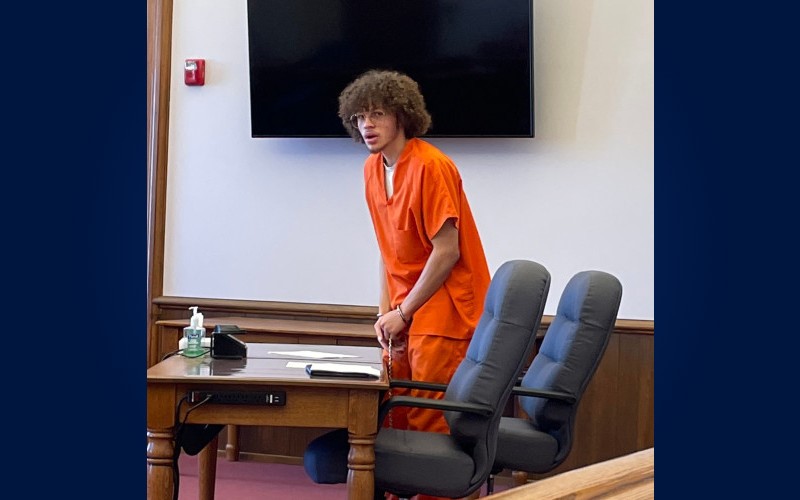 Logan County Common Pleas Court Judge Kevin Braig imposed an aggregate sentence of 75 years to life on 19-year-old Josia Bush for his role in a Thanksgiving Eve double murder in 2019. Bush was found guilty of several counts stemming from the incident in October, the most serious of which were two counts of Complicity to Murder, an unspecified felony.

Judge Braig also informed Bush that if he is paroled by the Ohio Parole Board, he will be required to register as a Violent Offender with the sheriff of the county in which Bush resides. This reporting will be for a period of 10 years.

As previously reported on peakofohio.com, Bush and two other individuals, Ethan Grim and Elijah Barrett forcibly entered a residence at 601 West Columbus Avenue in November of 2019. Chamberlain and Scartz were both shot multiple times. Chamberlain died at the scene and Scartz succumbed to his injuries several days later. During the fracas, two females were also injured.

All the suspects were juveniles at the time of the incident. During the sentencing hearing, it was learned that Bush had just been released from juvenile detention on the day of the shooting.

Several statements were read by family members and friends of the victims, Caleb Chamberlain and Anthony Scartz.

Judge Braig asked Bush if he wished to address the court, something defendants are permitted to do. Bush replied, “No your honor. Thank you.”

In imposing the sentence, Braig noted that Bush will be given credit for the 1,079 days he has already spent in jail.

Bush was remanded to the Logan County Sheriff’s office pending transportation to a correctional facility to be determined at a later date.