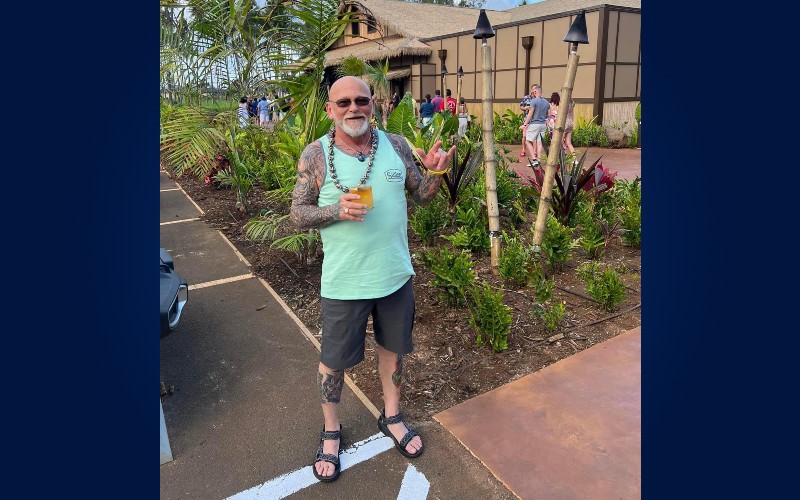 Kip enjoying life in Hawaii from this past spring.

A former business owner in Downtown Bellefontaine and Logan County native Clifford “Kip” Robinaugh is still missing after a white water rafting trip he took on the Ayung River in Bali earlier this month.

Family members report Kip left for Bali on Thursday, September 29 and he arrived Saturday, October 1 after a very long flight.

An accident, due to weather, caused a surge in the water. Two rafts then capsized, each holding five individuals.

As people were being rescued, Kip was not seen.

On Tuesday, October 4, a life jacket was recovered a mile down from the accident site.

On Wednesday the 5th, a paddle was found. Family members were told that it is hard to say the paddle belonged to Kip because everyone aboard the raft lost equipment when it capsized.

Contrary to other news reported on the matter, there were no boots or a passport found at the river.

The search was conducted for seven days and concluded on Sunday, October 9 with nothing found.

Kip and his late wife Michelle had plans to travel. She passed away unexpectedly three years ago, so he made a promise to travel to these places to scatter her ashes.

Family members are receiving regular updates from the consultant in Bali.