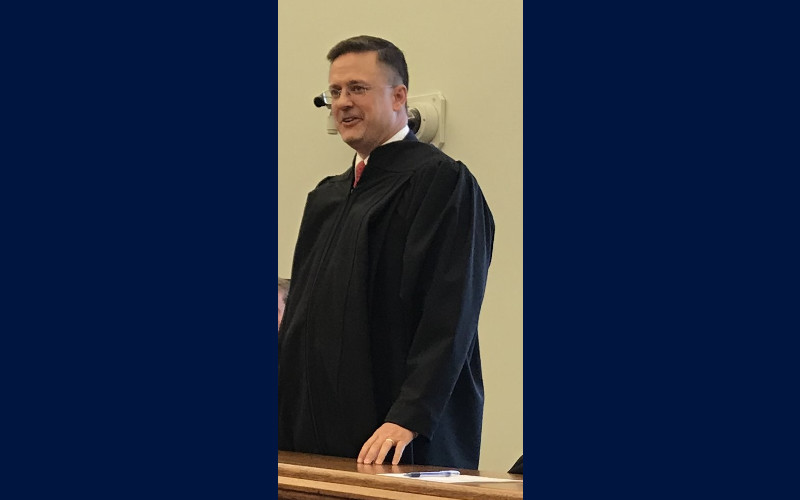 The charges against Grim arose from a gun battle at 601 West Columbus Avenue in Bellefontaine, on November 27, 2019, which resulted in two people being killed.

The jury found Grim guilty of complicity to aggravated burglary and complicity to aggravated robbery in connection with an attempt to steal cash and marijuana from the residence. When resident Anthony Scartz arrived at the house, he retrieved his firearm and opened fire on the robbers. Grim’s co-defendant, Elijah Barrett, fired his weapon. Scartz was struck in the head and later died at a Columbus area hospital. As the robbers fled, one shot Caleb Chamberlin twice in the head. Chamberlin was pronounced dead at the scene.

The jury also found Grim guilty of complicity to felonious assault and complicity to the kidnapping of other residents in the house as well as seven three-year firearm specifications.

Previously, Barrett pled guilty to complicity to aggravated burglary, felonious assault, and murder. Judge Braig sentenced him to a prison term of 25 years to life. Barrett testified during the trial that Grim entered the house with him and another co-defendant, Josia Bush. Barrett agreed to testify in exchange for Logan County Prosecutor Eric Stewart writing a letter to the parole board informing the board of Barrett’s cooperation. Barrett testified that all three robbers wore masks. As a result, the residents could not identify the robbers. But Barrett and Austin Allen, who drove the three to the residence, identified Grim as one of the robbers. Barrett testified that Grim gave him the firearm that was used in the robbery and that Grim shot and killed Chamberlin.

Josia Bush was sentenced to 75 years to life in November 2022 for his role in the crime.

Grim gets 50 to life