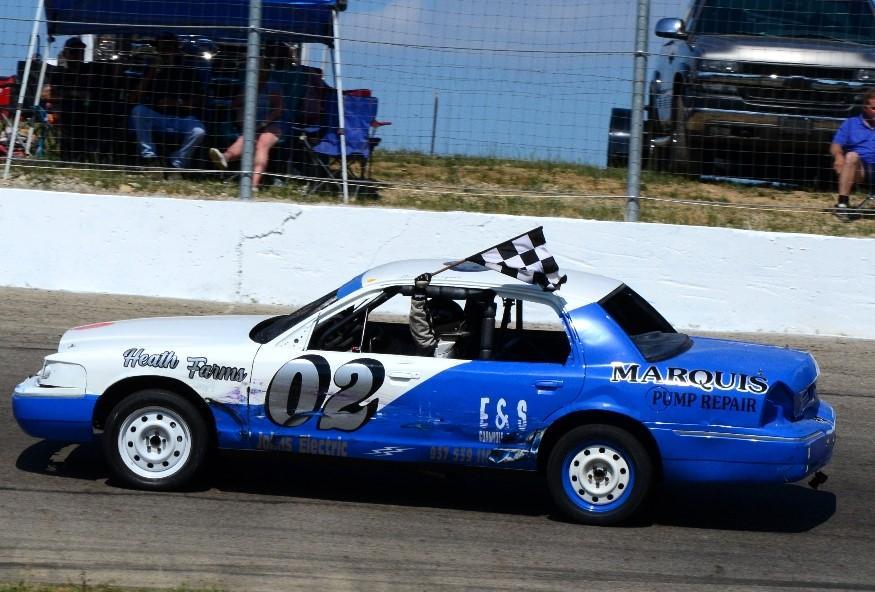 The Harrod Septic Solutions compacts competed in a Dirt versus Asphalt feature, with some of the top dirt drivers hitting the pavement to take on the Bowl drivers on their home turf. A full field of twenty-five of the buzz bombs took the green, second-generation driver Daytona Hensley jumped out front at the drop of the green in the 25-lap event.

Hensley held the lead until Dayton’s Bobby Terry took the lead on lap five and opened a comfortable lead. Tyler Mahaffey chased Terry’s Seiter Services across the line. Jimmy McElfresh was third, with the top dirt driver Cody Combs fourth and Devin Glessner fifth. Michael Litchfield was a fast qualifier with a 16.862 lap. Steve Duty won the dash, with heat checkers falling to Terry and Zach Doolin. Doolin was behind the wheel of “Cheap Steak”, named for how tough it is. The car has basically been nearly totaled twice this year but keeps coming back.

The Wooten Automotive and Towing of St. Paris Modifieds were up next. Hayden Wren led lap one before Daniel McPherson took command. McPherson led until lap 16 when his teammate Kyle Purvis grabbed the lead after a great battle and pushed his One Call Lawn Care sponsored ride to his first Shady Bowl win in 2022. Fast qualifier Chris Parker (13.840) was third after restarting from the tail following a pit stop. Austin Eaton was fourth and Terry Humphrey fifth. Daniel McPherson won the dash and Mike Howell took the heat win.

The Bullet Liners of Dayton Thunder Cars were next up. Buck Purtee of Quincy set a quick time (15.626). and won the 30-lap feature in his L&B Auto-sponsored Chevy. The win left him undefeated in his Thunder Car and gave him four wins for the weekend. Scott Drake, Robert Roush, Tim Hines, and Corey Wooten finished second through fifth.

This week, Rick Young (Shady Bowl owner/promotor), will pack up the Shady Bowl folks and head to Kil-Kare Speedway in Xenia Friday (July 8th) where he will be promoting a rare race away from the Bowl. The Dave Nagel Excavating Late Models will headline the event as they compete in the third leg of the Ohio 300 Late Model Series. Josh Smith of Quincy currently leads the points for the series (147), followed by Don Mahaffey Jr (134), Jim Lewis Jr. (131), Chad Pendelton (124), and Mike Stacy (120). The Harrod Septic Solutions Compacts, the Bullet Liners of Dayton Thunder Cars, and the Frazier/Parsons Designs FOMOCO Cruisers will also be on hand. Racing starts at 7:30.

Saturday (July 9th) racing returns to the Bowl. It will be race car rides for kids. The Wooten Automobile and Towing of Saint Paris Modifieds, the Wooten’s Automotive and Towing of Urbana Street Stocks, the Harrod Septic Solutions Compacts, and the Bullet Liners of Dayton Thunder Cars, will be competing. Racing starts at 6:30.

Pursuit Race Winner: Bobby Jo Parsons. Alex Zerkle was flagged as the winner but was disqualified for an unreported driver change.

Please note that these results may not be official. 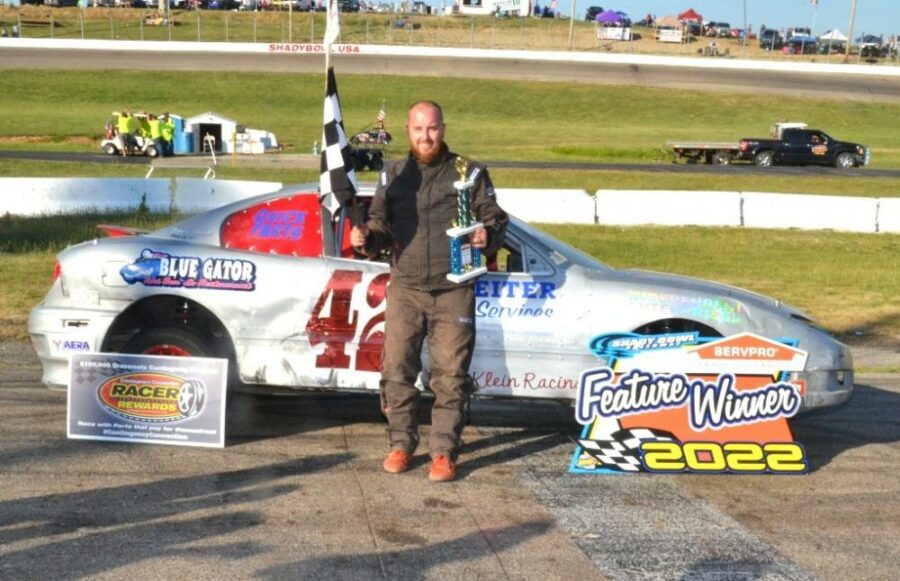 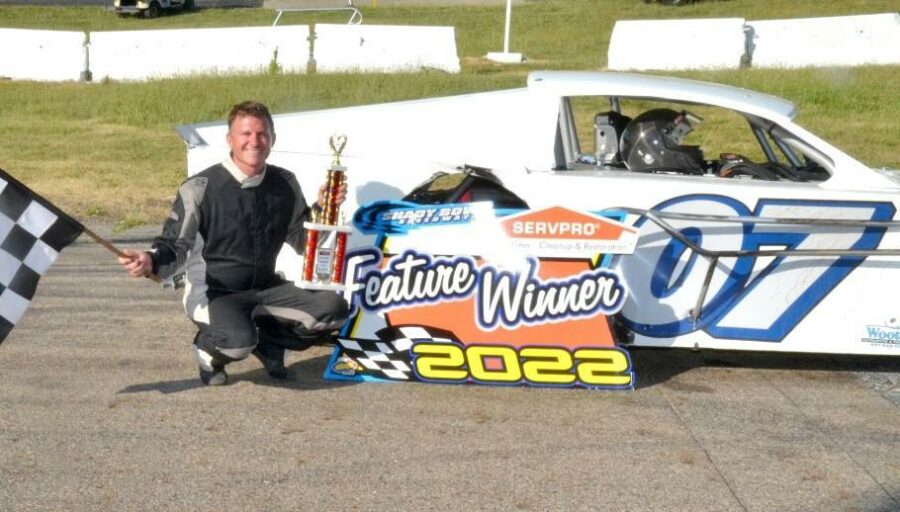 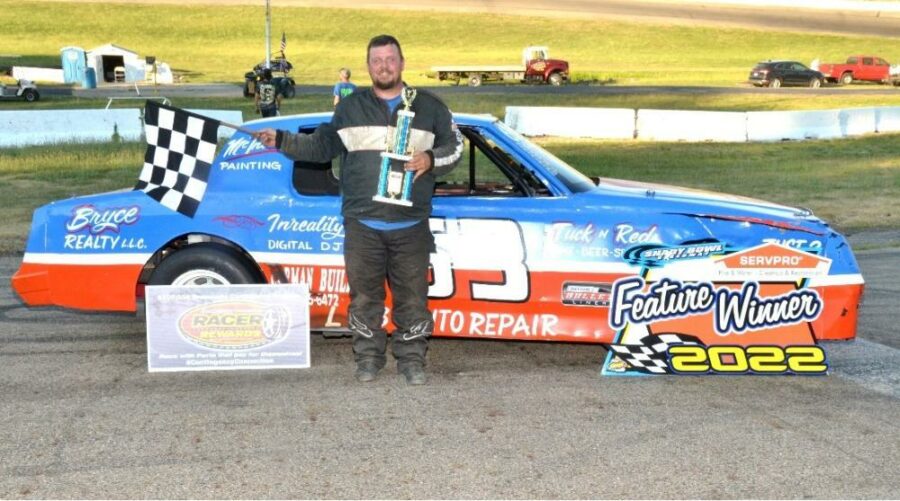 Crouch signs to bowl with Muskingum