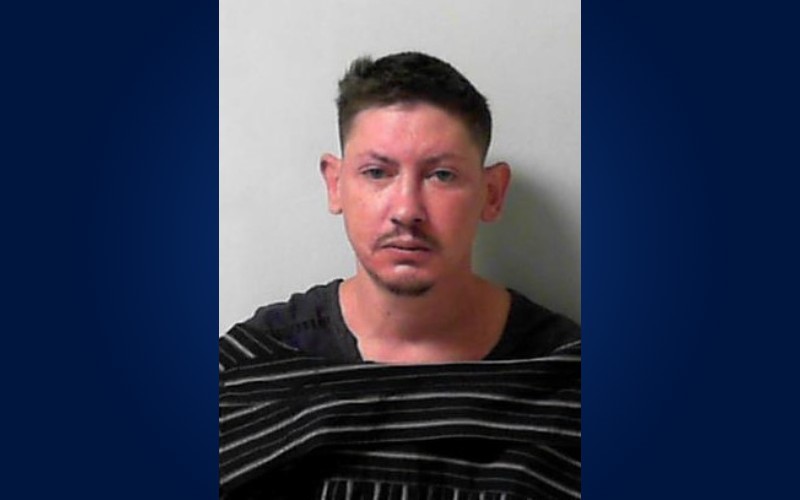 A Lakeview man was arrested on a domestic violence charge Saturday night around 11 o’clock.

The Logan County Sheriff’s Office was called to a residence in Lakeview regarding a domestic disturbance.

Deputies were informed about a second shift unit had also dealt with the same male suspect, Brent Burkholder, 34, and his grandmother.

Burkholder was given a warning and no arrest was made earlier in the evening.

The grandmother was waiting outside as authorities arrived and she explained after the previous incident when deputies left, Burkholder left her alone for approximately 20 minutes before he approached her and called her a “cop caller” and a physical altercation ensued.

The grandmother claimed Burkholder tried to choke her, but she was able to fight him off by resisting physically and yelling at him. She added that he was extremely intoxicated.

Burkholder exited the residence and deputies noticed signs of impairment.

He explained a verbal argument occurred, but nothing happened physically. He said it was “all because she is always yelling at him and telling him to cash his social security checks.”

Burkholder was placed under arrest.

He was lodged in the Logan County Jail and charged with one count of domestic violence.

Mother arrested for OMVI with two kids in the car