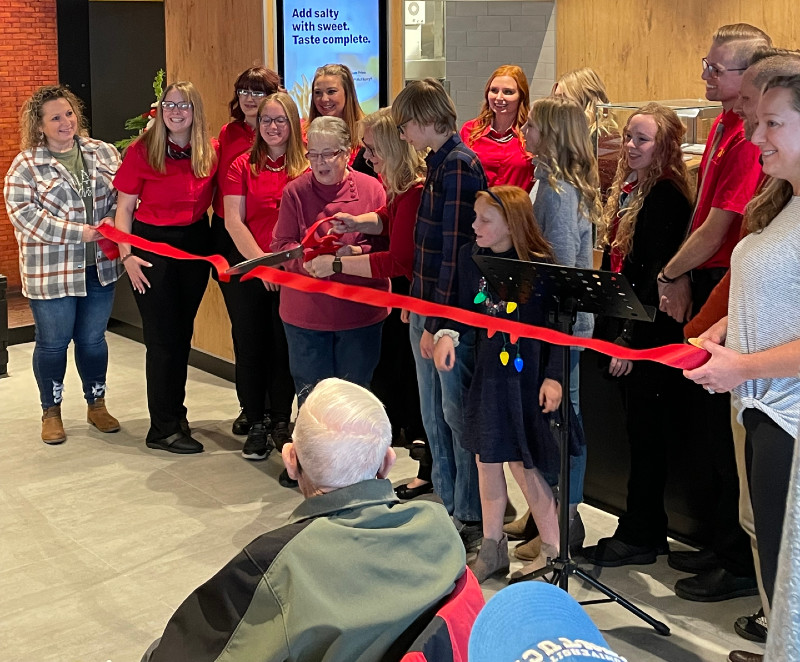 In 1998, Stacy Vorhees promised herself that she would own a McDonald’s restaurant in 10 years. In March of 2008, that dream became a reality. The next chapter in her story took another step forward at the ribbon cutting of the Indian Lake McDonald’s, the culmination of a five-year project.

Vorhees, the owner of three other McDonald’s restaurants in the area, said that McDonald’s corporate office greenlighted her plans to remodel the store and planning began almost immediately. She indicated that industry standards suggest that restaurants get remodeled after 40 years. This is the last of her stores to be remodeled. 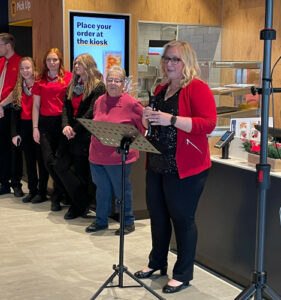 Pointing to new features at the store, Vorhees said the kitchen has been expanded and a conveyor belt has been added to the prep area. Other improvements include three drive-thru windows, an expanded drive-thru lane, ordering kiosks, and patio seating in front of the store.

The store posed unique challenges due to the lake frontage and the size of the lot. Coupled with the high standards that McDonald’s demands of its restaurants and her own personal flair she wanted to see in the restaurant, it was a true collaborative effort on the part of everyone involved in the process.

She spoke highly of the support she received from local officials during the entire demolition, removal, and construction time, which was approximately 110 days from the beginning of demolition.

Franchise Supervisor Ashley Mack said that as soon as the existing store was closed, the employees of the restaurant were moved to different McDonald’s in the area, all of which were newer stores. That allowed the employees to begin training on the equipment that they would be using at the Indian Lake store.

Prior to the ribbon cutting, Vorhees presented Chippewa Outreach Center Director Drew Shick a check for $3000, thanking him for everything that the center does for the community.