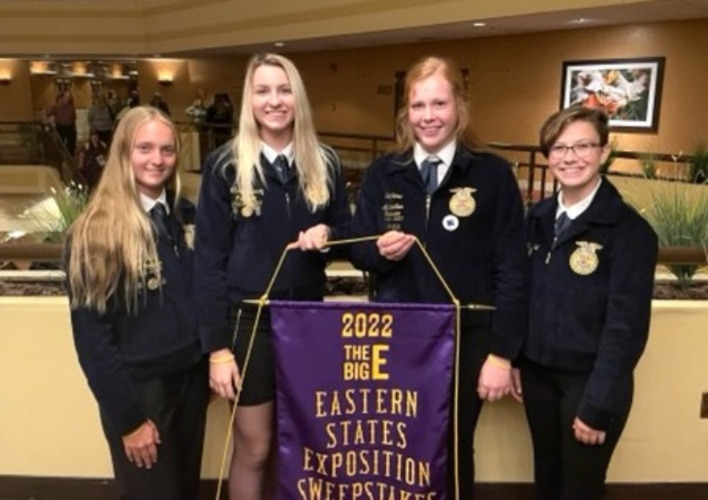 Team members consist of Annie Braig, Allison Kinney, Stephanie Altstaetter, and Carlie Nickel, judged all through the day before seeing all the sights of the Big E, followed by the awards banquet.

The Poultry Judging team earned their trip to the Big E after placing second in the Ohio FFA Convention earlier this year. They are advised by Tanner Schoen.