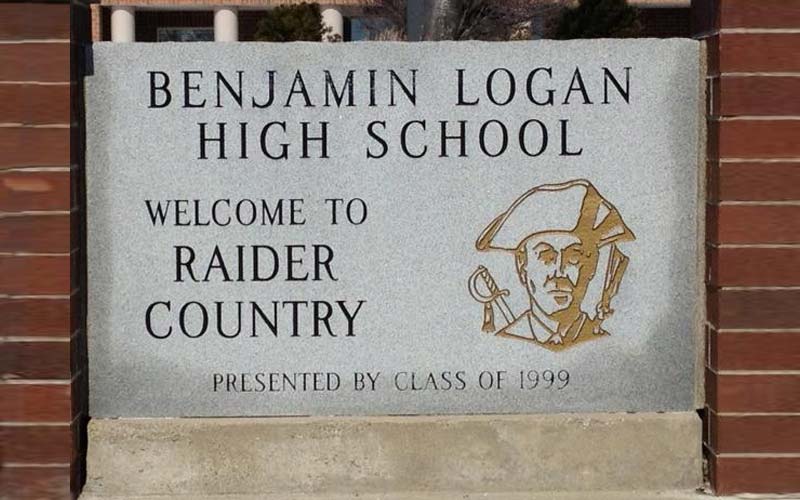 The Benjamin Logan Board of Education will hold a special board meeting at 6 p.m. this evening in the High School Auditorium. The purpose of this meeting is for resident participation regarding the possibility of implementing an armed response team in the schools.

At this meeting, if a resident would like to speak they will need to sign in on the sheet provided upon arrival. Each resident will have five (5) minutes to speak. The board may adjourn to an executive session to discuss security measures.

To dispel some rumors and help clarify the issue at hand, the following is a question/answer format that will hopefully be helpful in preparation for the Wednesday, July 6th Special Board Meeting, held at 6:00 p.m. in the HS Auditorium.

The sole purpose of this meeting is to have an open forum for residents to voice their opinion regarding the potential implementation of school security measures, including a trained and armed response team.

A: Governor DeWine signed into law HB 99 on June 13, 2022, which expanded the Board of Education’s ability to authorize individuals to go armed within the school zone if they have successfully completed the curriculum, training, and instruction established under the bill (minimum of 24 hours training, including firearms training).

Q: Who will provide this required training?

A: The Ohio Department of Public Safety has created 16 regional mobile training officers who will oversee training operations and offer training opportunities for school employees. The Logan County Sheriff’s Department also has a curriculum nearly identical to the required curriculum to be covered.

Q: How will such a team of first responders be selected?

A: It will be strictly on a volunteer basis, and each person will have to pass an annual criminal background check and a list of all eventual armed response team members to be submitted to the School Safety and Crisis Center.

Q: What does an armed response team actually mean and why is it important to consider this security measure?

A: Weapons will either be carried concealed on the individuals, or secured in a biometric safe, opened with a fingerprint. Research on all school shootings involving active shooters (mass shootings) indicates that every few seconds a student is injured or killed. Thus, putting out such a threat in the shortest time possible saves lives. Waiting 10-15 minutes for law enforcement to arrive is a major concern.

Q: When deputies arrive on the scene, how do they distinguish between the “good guys” and “bad guys”?

A: Bulletproof vests with Staff velcroed on the back of the vests are meant to identify the First Response team members. When Law Enforcement arrives and identifies themselves, the armed response team retreats, as their sole responsibility is to engage the active shooter, and put out the threat as soon as possible until law enforcement arrives.

Q: Do other neighboring school districts have an armed response team?

A: Yes. For example, most schools in Shelby County have an armed response team, consisting of trained staff and administrators.

Q: Has the district considered having additional SROs or school security officers in the schools?

A: Yes, however finding these individuals is a challenge, and the cost for such services is an issue, but still being explored with the Sheriff’s Department.

Q: What does this training consist of for an armed response team?

** Everyone is in agreement that parents should not have to worry about their child coming home safe at the end of the school day. There are different views as to how best to make sure this happens. Those individuals who want to address the school board on this topic will have a maximum of 5 minutes to talk and must sign in on a provided notepad if desiring to speak. Everyone is expected to be civil and respectful of different opinions. Again, we all want the same result-safe schools.