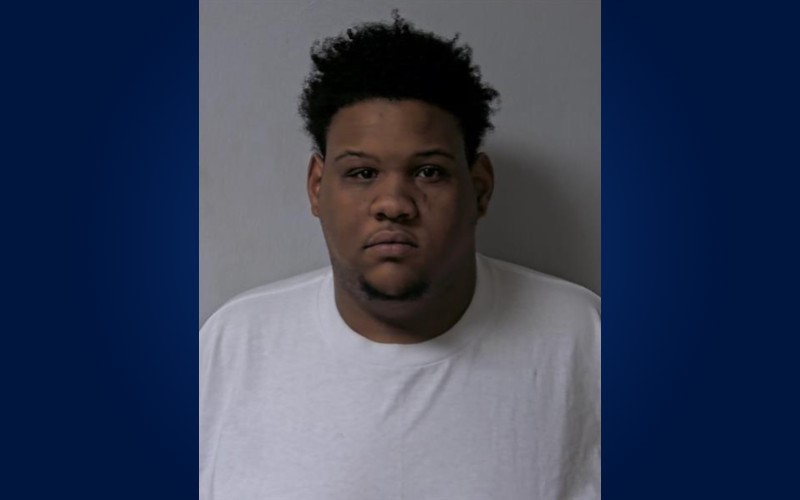 A Columbus man was charged with five felonies Tuesday afternoon just before 2 o’clock.

The Bellefontaine Police Department was called out to the 700 block of Stone Hollow Place regarding a suspicious vehicle that was parked in the roadway.

Officers made contact with the vehicle and observed four individuals, two males in the front and two females in the back along with an infant.

The left rear passenger rolled down her window and told authorities they were waiting on a package to be delivered.

Warrant checks were run and the male in the front passenger seat, Derek Northcutt, 22, of Columbus, had an outstanding warrant for his arrest. He also had a caution attached for a previous charge of discharging a firearm into a habitation.

All occupants were asked to exit the vehicle and complied.

Northcutt was asked if there was a gun in the car and stated no, and further claimed he was positive.

A probable cause search was conducted and officers immediately noticed the end of a pistol magazine sticking out underneath a book bag on the floorboard of the passenger side where Northcutt was sitting.

The gun was loaded with a high-capacity extended magazine and had a round in the chamber. The serial number was run and authorities learned the gun was stolen from the Columbus Police Department.

The driver told officers they were coming to Bellefontaine to pick up a package. He claimed he knew Northcutt from school and that one of the females was his step-sister and the other, Makhi McKinney, 19, of Columbus, was Northcutt’s girlfriend.

Officers talked with Northcutt and he acknowledged that he knew there was a gun in the vehicle. He stated he was asked by McKinney if he wanted to make a quick $250 because her friend needed to pick up a package. He agreed and admitted the other male drove them to Bellefontaine.

Northcutt was asked why he had the gun and he told authorities he “had ‘beef’ with other people and wanted to be able to protect himself.” He did say he was unaware the gun was stolen but admitted to purchasing it from the “streets.”

Officers asked Northcutt about the marijuana and he claimed it was for personal use, but he did not have an explanation for the multiple plastic baggies that is consistent with trafficking.

During the investigation, McKinney and the other female were becoming argumentative with officers.

McKinney stated that she wanted to speak with Northcutt and she was told no. She became irate and started to walk towards the patrol car and the vehicle she was in.

Authorities detained her and placed her under arrest for persistent disorderly conduct.

Northcutt was charged with weapons under disability, possession of a stolen firearm, carrying a concealed weapon, improper handling of a firearm, and trafficking in marijuana.

They were lodged in the Logan County Jail.

The male driver, female passenger, and infant were transported to a nearby location where they waited for a ride.