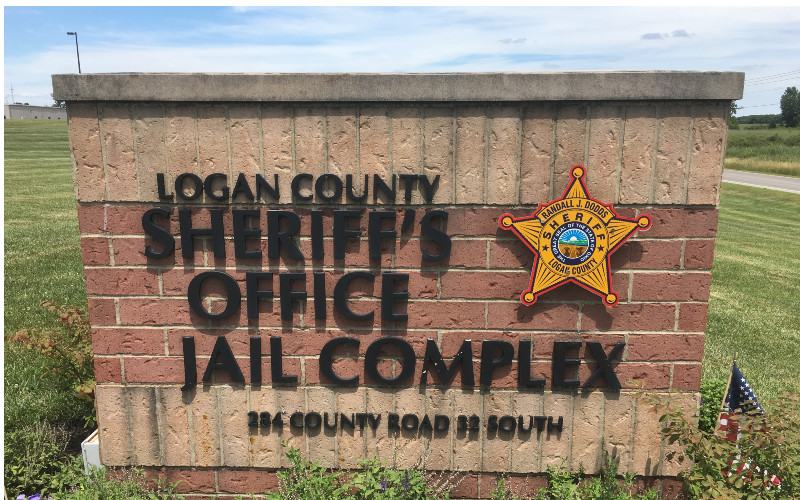 Deputies went to the area of County Road 37 near County Road 39, Huntsville, where two victims were standing outside their car.

They reported they picked up Chrystyan Kline, 31, of Wapakoneta, in Kenton.  They described Kline as having “mental issues” and said he was drunk.

Kline and another male got into an altercation on two separate occasions during the drive.  After the second, Kline left on foot.

The male stated it happened because Kline was “running his mouth”.  Kline reportedly punched a female in the face which resulted in the second confrontation with the male.

The female had noticeable bruising on her face.

Deputies started searching the area for Kline.  A short time later, they were informed that Kline was at a nearby residence who notified the Sheriff’s Office.

Officers picked up Kline from the residence.  He told them not to put him in handcuffs because he did nothing wrong.

Kline admitted to the altercations with the other male but said he must have accidentally struck the female when he was protecting himself.

Kline was advised there was probable cause for his arrest.

He then began refusing deputies orders.  He denied multiple commands to put his hands behind his back and told them to let him go so he could run away.

Kline refused to walk and officers carried him to the cruiser.

While being transported to the Logan County Jail, Kline insulted the deputy and at one point said if he had a gun, he would kill the deputy and anyone else he could shoot.

He also spat in the back of the cruiser multiple times.

At the jail, Kline was put in a restraint chair and a spit hood was placed on his head.

Kline continued with insults towards staff until he fell asleep in the chair.