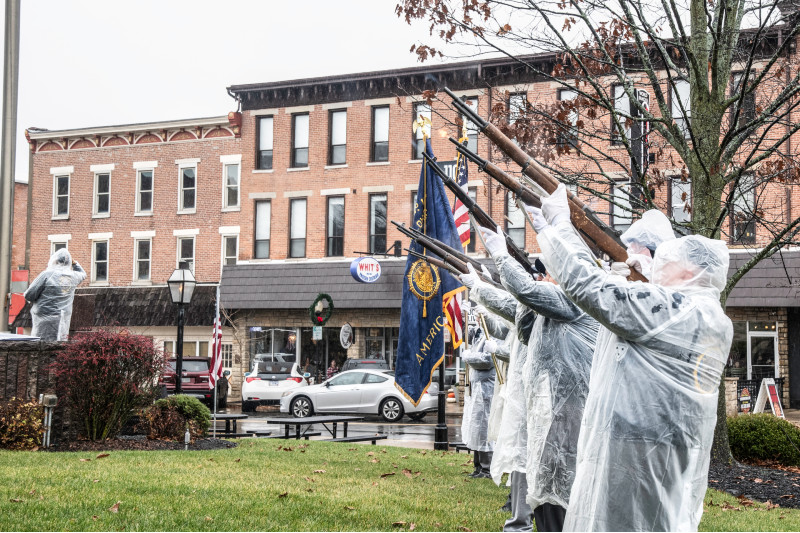 Cloudy skies and steady rain did little to diminish the crowd that gathered in front of the Logan County Courthouse for the annual Bellefontaine Veteran’s Day ceremony.

At exactly 11:11 AM, in recognition of the Armistice that was signed that effectively ended World War 1 on the 11th day of November 1918, members of the Logan County Veteran’s Memorial Squad lowered the flag in front of the courthouse to half-mast.

Members of the memorial firing squad then shot three volleys, memorializing those that have lost their lives in service of the country. Then, Tom Smith played taps.

After the ceremony, attendees adjourned to the Holland Theatre for a keynote address by Staff Sergeant Tim Deardorff.

The event was opened by Harold Kerr American Legion Post #173 First Vice-commander Joe Messner. Mayor Ben Stahler spoke to the crowd, giving a brief recap of the origins of Veteran’s Day in the United States.

Deardorff, a graduate of Benjamin Logan high school in 2002, began his military service in February of 2002 while he was still in school. After serving in Iraq, he was assigned to the 192nd Quartermaster Company in Delaware, Ohio. He currently serves as an Observer-Controller Trainer with the 3/397th OCT Battalion in Columbus.

Deardorff mentioned the skyrocketing suicide rates among veterans. He encouraged those in attendance to take steps to make sure that veterans they have contact with are doing OK. 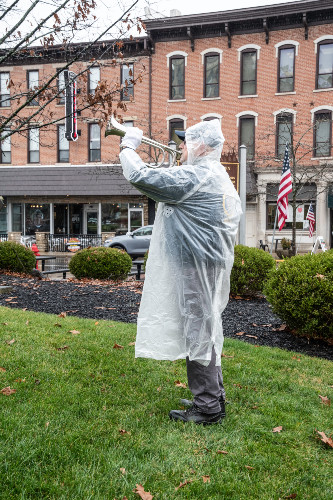 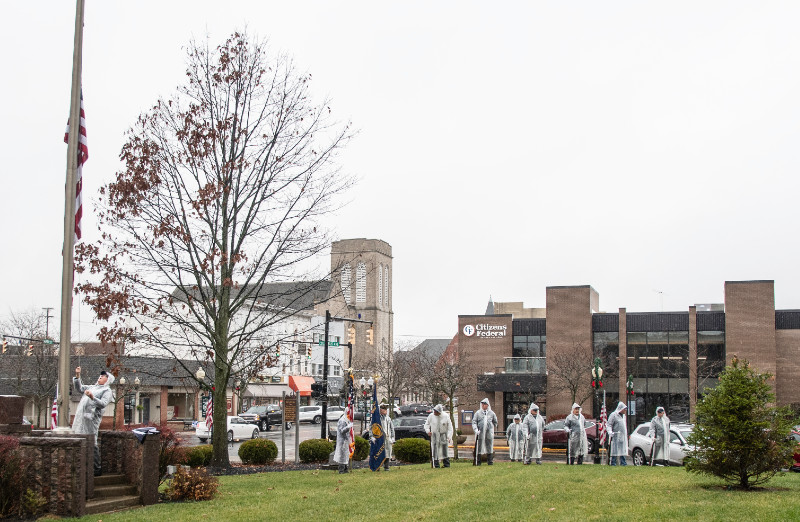 Veterans Day celebrations – Thank you for your service!